Extracted from my book Thailand: 27 Days of Sin

Thailand is famous for its massages, and you can find massage parlours in virtually every street, especially where I was staying in Sukhumvit district. In fact, there are entire streets that consist of nothing but massage parlours.

It’s often assumed that ‘massage parlour’ is a by-word for ‘brothel.’ Therefore, a lot of visitors would be disappointed to find that the vast majority of massage parlours are just that. Massage parlours. Apparently, a lot of them don’t even offer ‘happy endings’ (a hand job), but if there is a gaggle of heavily-made up girls outside wearing miniskirts, calling you, and beckoning you in, it’s probably a safe bet that they do.

You usually find the places offering sexual services in clusters off the main roads, and the names of the establishments (Passion House, Private Heaven, Sexy Massage, etc) are often dead giveaways.

What I did was walk around for a while until I found somewhere I liked the look of, and then had a sneaky look through the window to gauge the calibre of girl. They say if you want a good massage, find an older, less-attractive woman. If you are there for the extras and choose a younger, better-looking girl, don’t expect a good massage. I was more interested in the extras than the massage, and I had no intention of paying an ugly girl to wank me off, you can get a wank off an ugly girl any day of the week.

I’d been told that when you go to these places, you should be sure to ask for an oil massage. That way you are guaranteed a private room and the girls are more likely to offer extras. Remember, though, that whatever happens is entirely at the girl’s discretion. You can’t go in there making demands.

At this particular place there were five or six girls to choose from, all draped on sofas and smiling, much like the girls in the brothels I used to frequent when I lived in china. I chose a girl I liked, and went with her upstairs to a private room where she told me to strip. What followed was a pretty average massage, to be fair, not that I’m an expert. She left my chest and the insides of my thighs until last, and made sure to glide her hands within centimetres of my dick and balls. By the time she finished, I was rock hard. This was obviously more by design than accident on her part. When I was fully erect, she fixed me with a pair of huge almond eyes and said, “Do you want special massage?”

“What’s that? Exactly?” I asked. Of course, I had a fair idea, but I wanted to be certain, and was very aware that I was at that vulnerable time when guys are liable to agree to absolutely anything.

“Can I touch your boobs?”

It wasn’t quite what I’d been hoping for, and I couldn’t help thinking I could have got the ‘extras’ a little cheaper. But 750 baht (about £17) seemed reasonable enough considering I was with the girl for over an hour and to be fair, it was one of the best wanks I’ve ever had.

After she finished, I paid her the 500, which went straight into her pocket, then I went downstairs to pay the 250 for the regular massage. It’s clear that’s how the massage girls make the bulk of their money, and they probably don’t declare it to either the tax man or the establishment which employs them. 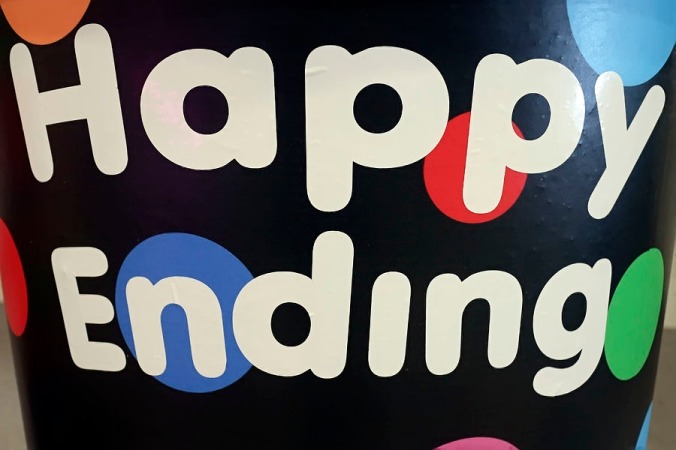 Thailand: 27 Days of Sin is OUT NOW on paperback and ebook.

One thought on “My first Thai Massage”